That title makes me think of a bunch of short, cute, British dogs running pell-mell toward us, which makes me smile. I should probably end this one right now on a high note, but I'm going to push ahead and point out that the Corgis of which I speak are not, in fact, dogs, but are actually toy cars.

Corgi Toys were made in Great Britain and imported to the states. The quality of the cars was extremely high, and they often had functioning features for extra play value. You couldn't get them just anywhere, and they were more expensive that your typical Matchbox or Hot Wheels. Maybe that's why I actually still have some from my childhood!

Therefore I present to you, my childhood Corgis... 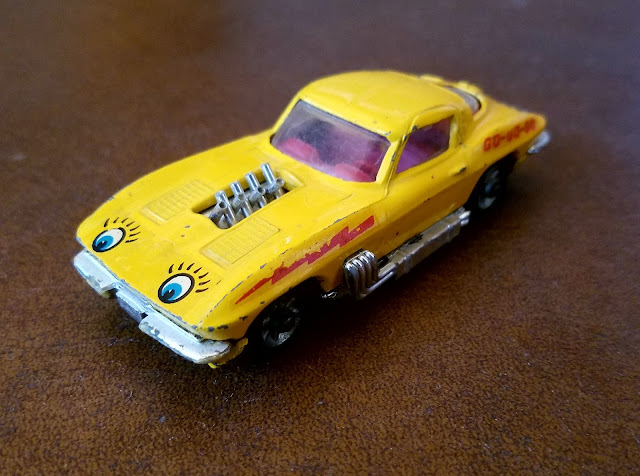 So there you have it! It's amazing what great memories can still be found in these little cars!

Until next time, keep searching for treasure!
Posted by stu29573 at 9:29 AM No comments:

Serving Up Some Disney...Part Two

Well, after I posted last week's look at a couple of trays, I noticed that I actually have a couple more. I've had these longer than last week's examples. I picked them up years ago at a toy show...So here you go! 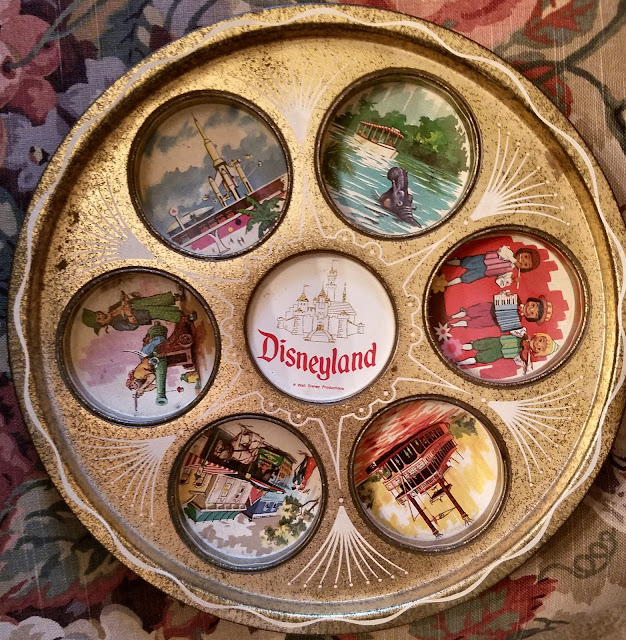 First, we have this Disneyland tray from around 1967-1970. I think it's from that time frame due to the Pirates of the Caribbean being included in the images. It opened in 1967.  I also think this had to be made within a couple of years of the Walt Disney World tray I featured last week, since they are pretty much identical.

Next, we have a very early Walt Disney World tray in the style of the World's Fair tray I shared last week. I know that it's early because when WDW was first opening, they went out of their way to highlight other attractions in Florida to draw as many people as possible. I really like the characters playing on the beach!

As an added bonus, I give you this: 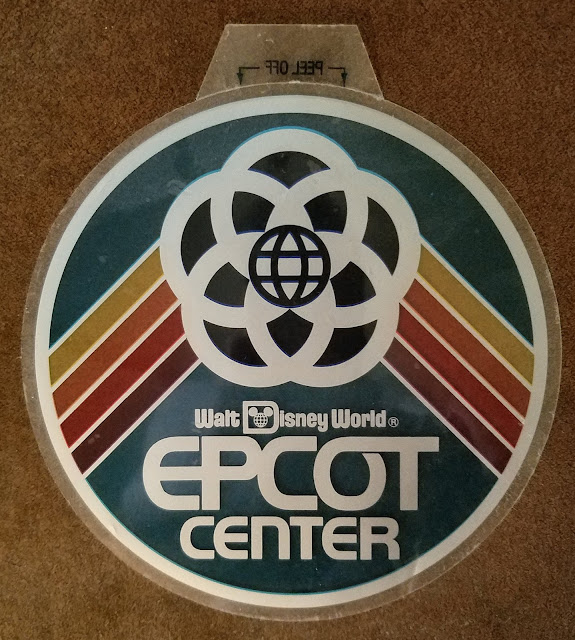 This is an unused first year EPCOT window sticker from 1982! I like the old-style graphics. This is from when EPCOT actually had a mission to educate and entertain folks...unlike now where they just cram in whatever intellectual property they think will sell tickets (I'm looking at YOU, Frozen and Guardians of the Galaxy!) Unfortunately, "vision" is not something the current batch of imagineers seems to possess.

Anyway, there you go! Once again, if these items didn't say anything about Disney, I never would have looked twice at them.

Until next time, keep searching for treasure!
Posted by stu29573 at 8:39 AM No comments:

Serving Up Some Disney

Sometimes I get Disney items just because they are Disney items. I might not care much about the item, but if it ties in with Disney, I'll snatch it up.

Case in point are these two serving trays that I got at a thrift store a while back... 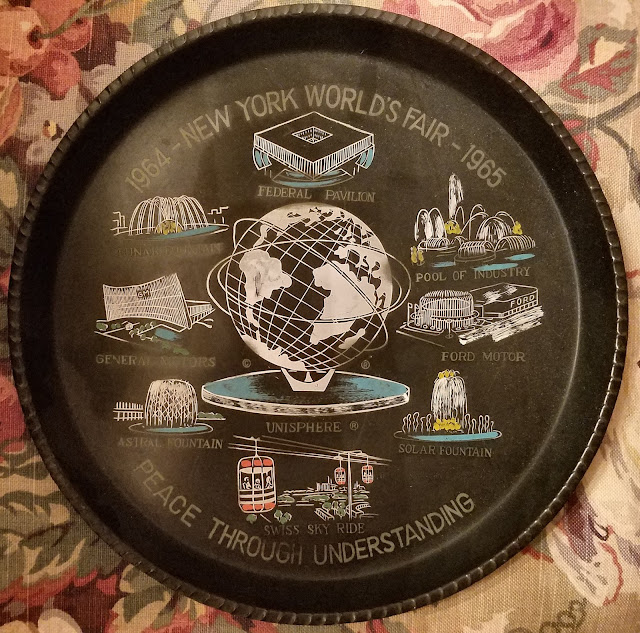 The first tray is from 1964. It was made for the '64-'65 New York World's Fair. As any Disney nut worth his salt knows, this fair was a huge deal in Disney history. I will buy a NYSF item if it features a Disney related attraction, and this one does...The "Ford Motor" building featured an early People Mover type track and the dinos that now live by the Disneyland train tracks. 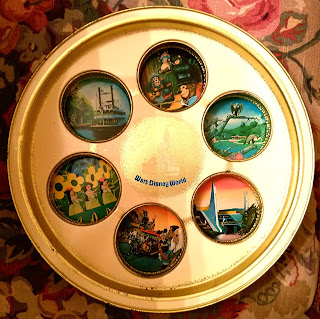 The second tray comes from seven years later. I'm pretty sure this one dates from Walt Disney World's first year because all of the attractions pictured were there the first year, the logo used is the original one, and it is a direct takeoff on a Disneyland tray from the same time. I like the vintage illustrations of the park!

So there you have it. If these had just been trays, I never would have looked twice at them. However, slap some Disney on there, and now they live with me! That's called successful marketing!

Until next time, keep searching for treasure!
Posted by stu29573 at 9:12 AM No comments: