Well, my birthday just passed and one of my gifts was the next Hot Wheels in the 1971 lineup that I'm collecting right now. May I introduce to you, The Heavyweights Racer Rig! 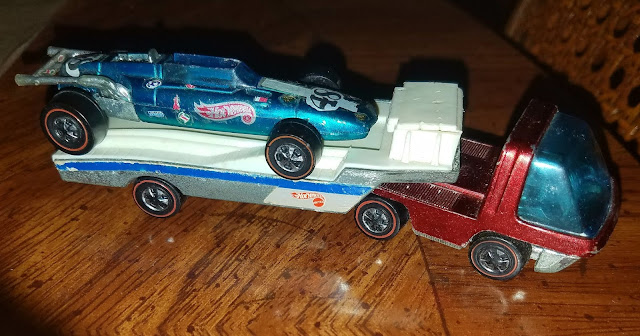 Now I actually already had an extra Indy Eagle, so I chose to display it on the rig.

Now, I'm not sure what makes one car sell for so much more than another, but some do (don't even ask about the 1971 Olds 442). The Racer Rig is one of the rather pricy ones (the Indy Eagle isn't). Therefore I'm glad to mark this one off of my list!

Soon, I should have a new Rocket Bye Baby (again, a cheaper car) and I will set my sights on a S'cool Bus (higher priced car). But that's the ups and downs of collecting!

Until next time, keep searching for treasure!
Posted by stu29573 at 5:46 PM No comments:

Tales of Mystery and Imagination

Today I'm going to share a couple of books from my childhood that really mean a lot to me. Now, by the title you may think I'm talking about Poe, but actually these books have a much more honored spot in my heart than he. I'm referring to Alfred Hitchcock and the Three Investigators.

When I was in about fourth grade, my grandmother (who was a fifth grade teacher) gave me this book: 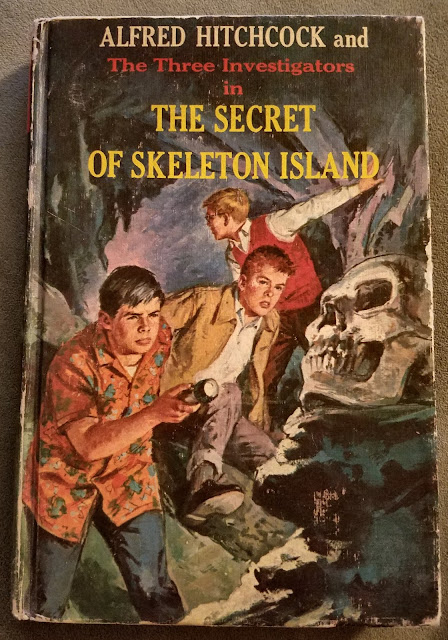 Inside, I was introduced to Jupiter Jones, Bob Andrews, and Pete Crenshaw...and Alfred Hitchcock, of course! The story was a huge adventure with ghosts, pirates, abandoned amusement parks, and general wonder that kept me turning pages like never before. 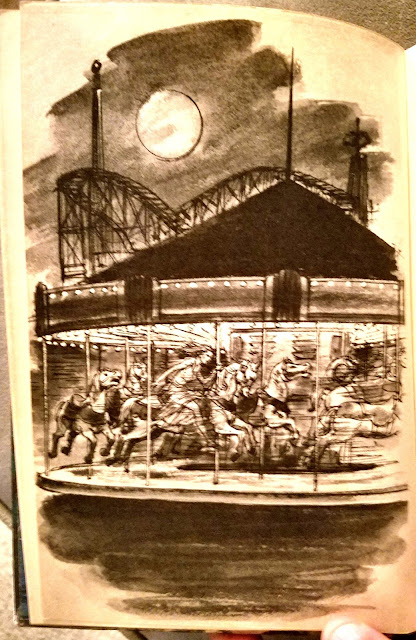 That's a ghost on that merry-go-round, by the way...or is it? The book is filled with twists and turns that are both intelligent and clever (unlike any Scooby Doo cartoon ever made).

I enjoyed the book so much that on my 10th birthday I got this: 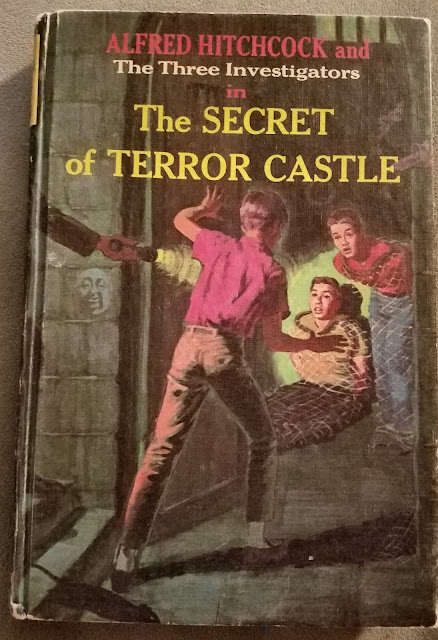 This is actually the first book in the series, and it tells about how the guys started their investigation agency and met Mr. Hitchcock. It's also a really fun haunted house mystery. Here's an illustration from it: 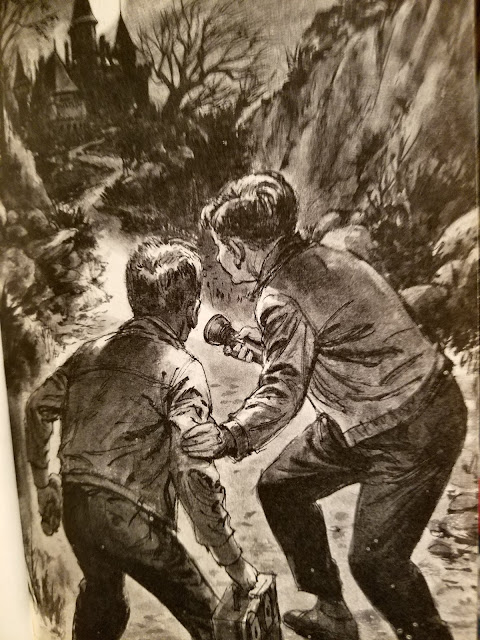 Here are a couple more, featuring stickers with my name on them that I got for the same birthday... 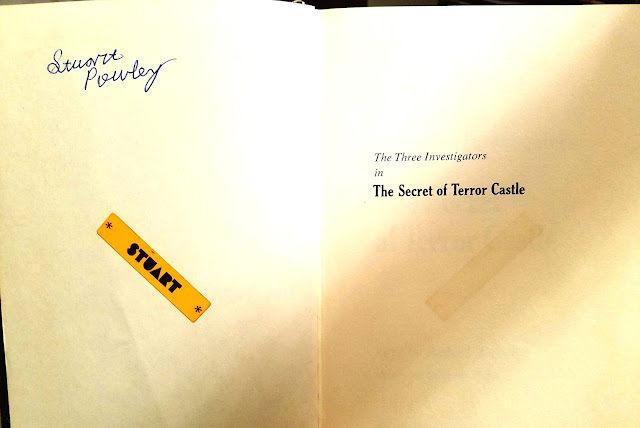 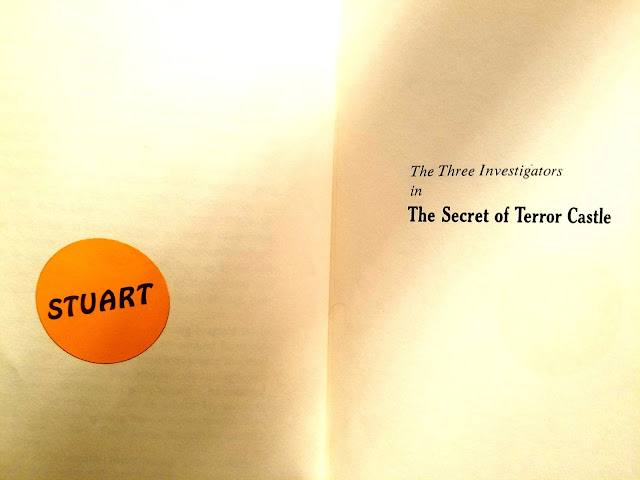 By the way, my fifth grade signature was much better than my current one...

Anyway, I ended up sharing a large part of my childhood with these books. I have read them again as an adult and I'm surprised that they still hold up.  I think the key is that they never talk down to the reader and that the clues actually make sense. In fact, I read the series to my daughter when she was growing up because I liked the fun way the books make you think. She loved them too!

So, if you are looking for a good mystery series for kids (which is much better than The Hardy Boys or Nancy Drew, in my opinion) I recommend Alfred Hitchcock and the Three Investigators!

You can still get the original books on eBay or Amazon, or at Half Price Books. These were rewritten after the deal with Alfred Hitchcock ran out, but the ones with him are the best.

So get out to those used book stores and keep searching for treasure!