A Book of Buildings

Sometimes I find really neat stuff that at first glance seem to be something else. For example, at a church sale I thought I spotted a book about HO scale buildings. However, upon further inspection, it was a book CONTAINING HO scale buildings! Take a look!

Until next time, keep searching for treasure!
Posted by stu29573 at 6:26 PM No comments:

Keeping the Trains Running on Time

Well, I assume the person that owned this item had something to do with keeping those trains rolling on schedule....or maybe not. Anyway, my item for this week comes from my good ol' hometown of Denison, Tx. I'm always on the lookout for Denison related items and railroad related items and this checks both boxes! Here is is: 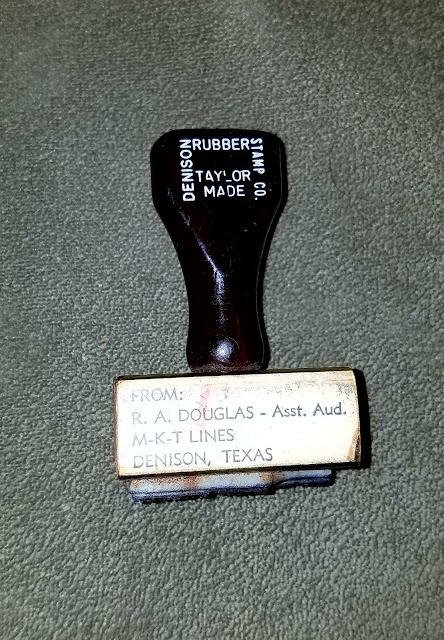 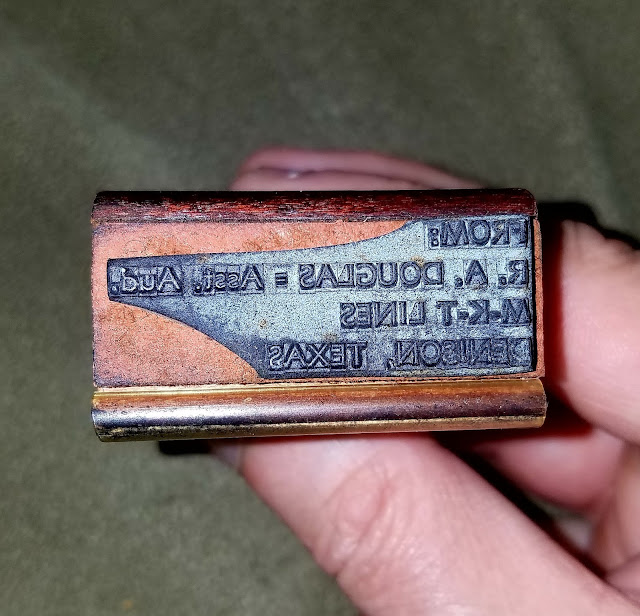 Now, I don't know who R.A. Douglas is (or was) but apparently he was the assistant auditor for the Katy Railroad! Note that the stamp was actually made in Denison, which means it's even a little cooler.

Now anybody that knows anything about Denison knows that it was born because of the railroads. It was the jumping off point in the trip west, and in it's early days was pretty much the stereotypical wild west town. Heck, even Doc Holliday set up shop there!

The town was born in 1872 when the Missouri-Kansas-Texas railroad put a depot there. Soon it was overrun with a curious combination of saloons, brothels, and churches. If you are a history buff, Denison has a great story to tell!

Anyway, I have no idea what era my stamp is from, other than it hails from before the late 1980's. It seems fairly new, but it's hard to tell. Anyone with more info is more than welcome to comment and let us know!

Until next time, keep searching for treasure!
Posted by stu29573 at 7:26 AM No comments:

You never know exactly what you'll find at a yard sale. Usually, the stuff is not too wonderful. After all, how many Trivial Pursuit games with pieces missing does one really need? Still, every once in a while you stumble into something like I did this past weekend. You see, for a very low price I picked up these: 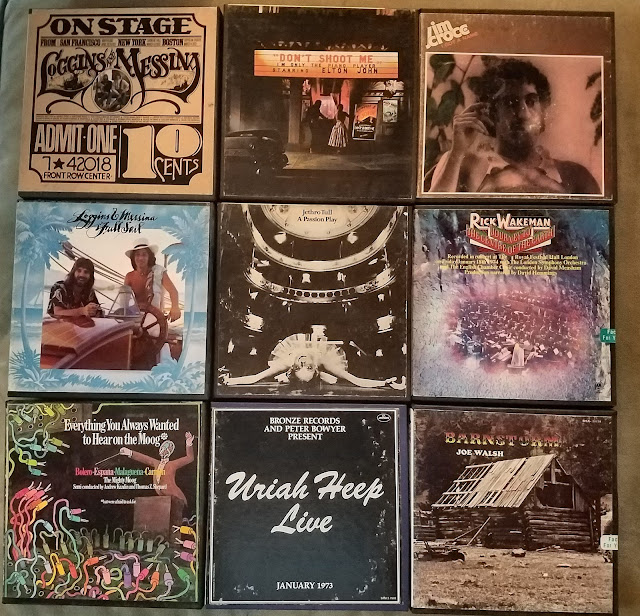 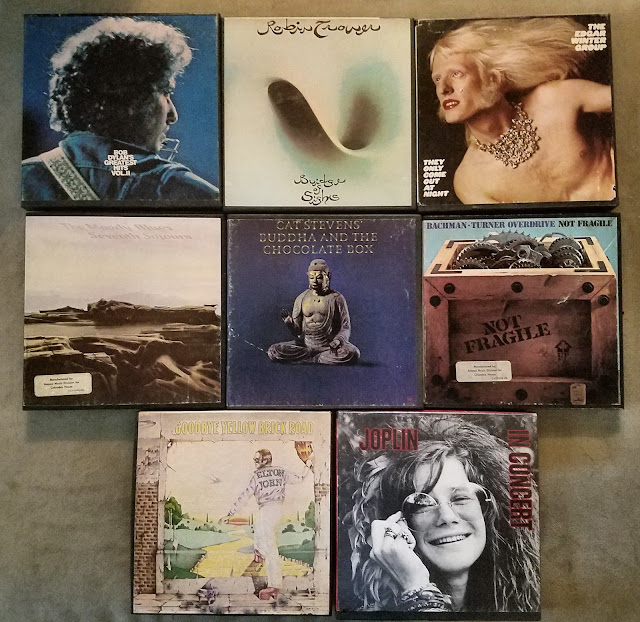 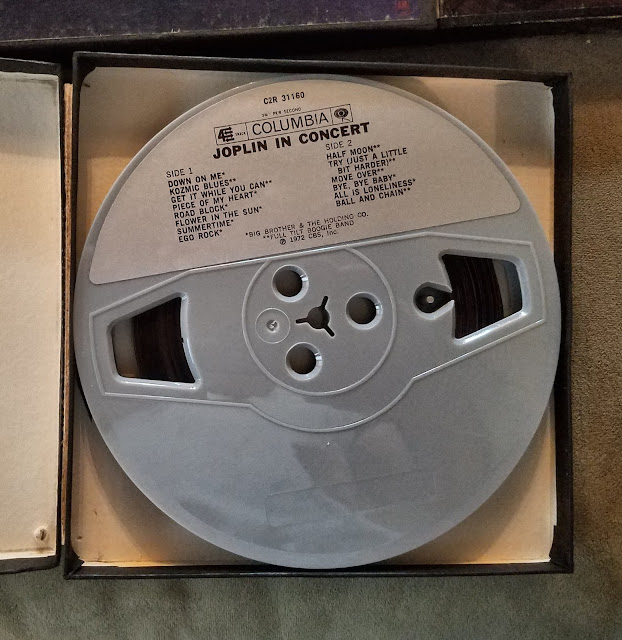 Yep, 17 reel to reel tapes of some great music! Phil, the guy I bought them from, said that he joined a Columbia "tape of the month club" back in the early 1970's and he had been dragging them around ever since...even though his TEAC tape machine had long since died and been sold off.

For the young whipper-snappers out there, reel to reel four tracks were the state of the art in musical reproduction in the 1960's and 1970's. The sound quality was actually better than a vinyl LP, and you didn't have any snaps and pops to worry about! They were the king of the home hi-fi until compact discs dethroned them in the early 1980's. However, many folks still think a reel to reel tape sounds better than a CD.

And by the way, I just happen to have this... 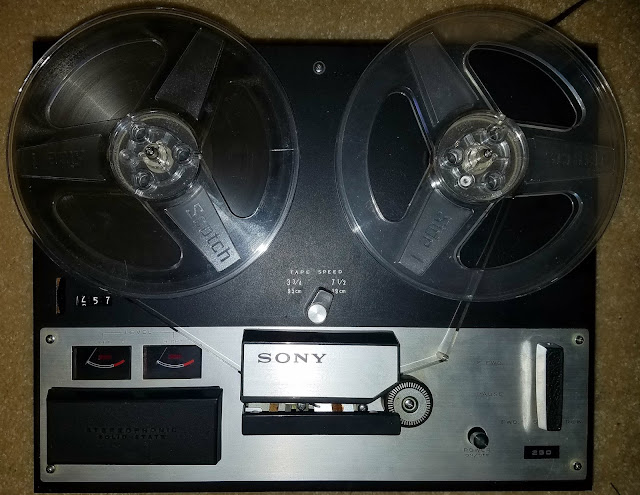 ...and even though she needs a bit of service (who wouldn't after almost 50 years?) she will soon be up and playing my new fantastic collection!

So if you drive by my house and the windows are rattling a bit, don't worry. I'm just spinning my reels!